OOCORP HealthCare Blog: ...Information About Holistic Healthcare
Posted by Olayinka Oyelami at 6:30 AM No comments:

Cannabidiol (CBD) is just one of over 85 cannabinoids that have been identified in the cannabis plant. CBD is becoming increasingly popular amongst the masses for having a wide scope of benefits – due to clinical reports and test data showing little to no side effects and a lack of psychoactivity (typically associated with marijuana products and high THC Read more..OOCORP HealthCare Blog
Posted by Olayinka Oyelami at 10:14 PM No comments: 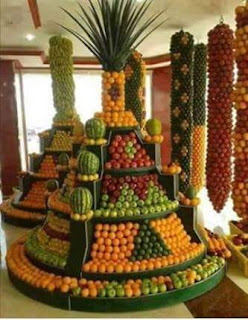 Cardiovascular disease (CVD) is a major cause of mortality around the world. Epidemiologic studies suggest that consumption of tomato-based foods may lower CVD risk. Such potential benefits have been ascribed in part to high concentrations of lycopene in the tomatoes.

Intervention trial with healthy middle-aged volunteers to assess whether the consumption of tomato-based foods affects recognized biomarkers of CVD risk.

After a 4-wk run-in period with a low-tomato diet, 225 volunteers (94 men and 131 women) aged 40–65 y were randomly assigned into 1 of 3 dietary intervention groups and asked to consume a control diet (low in tomato-based foods), a high-tomato-based diet, or a control diet supplemented with lycopene capsules (10 mg/d) for 12 wk. Blood samples were collected at baseline, at 6 wk, and after the intervention and were analyzed for carotenoid and lipid profiles and inflammatory markers. Blood pressure, weight, and arterial stiff- ness were also measured. Dietary intake was also determined during the intervention.

Results: None of the systemic markers (inflammatory markers, markers of insulin resistance and sensitivity) changed significantly after the dietary intervention. Moreover, lipid concentrations and arterial stiffness were also unaffected by the interventions.

Epidemiologic evidence indicates that high consumption of fruit and vegetables reduces the risk of chronic disease such as car-diovascular disease (CVD). The consumption of 7 servings/ wk of tomato-based products has been associated with a 30% reduction in the relative risk of CVD.

Such potential benefits to vascular health from a tomato-rich diet are often ascribed to high concentrations of lycopene, as tomato products can account for .80% of the intake of this ca- rotenoid. The relation between lycopene intake and CVD risk has recently been reviewed and shows that a small majority of studies (57%) found an inverse relation between CVD risk markers and/or CVD incidence.

Serum carotenoids, including lycopene, are inversely correlated with markers of in- flammation and vascular endothelial dysfunction. Corrobo- rative evidence includes an inverse association between neopterin (a marker for cellular immune activation) and serum lycopene concentrations, which suggests that lower serum lycopene concentrations may relate to a higher grade of chronic immune activation—a common feature in cardiovascular disorders. Learn more...
Posted by Olayinka Oyelami at 12:41 PM No comments:

Prostatic diseases continue to affect and account for a substantial number of lives around the world. An estimated one in 11 men will develop a malignant neoplasm of the prostate and approximately 37,000 men will die each year from prostate cancer.

For European Community countries, more than 35,000 annual deaths are forecast due to prostate cancer. Prostate cancer mortality results from metastases to the bone and lymph nodes together with progression from androgen-dependent to androgen independent disease.

The high mortality associated with these tumors is due to the fact that more than 50% of newly diagnosed patients present with advanced, metastatic disease. Radical prostatectomy, androgen-ablation mono-therapy and radiotherapy are considered to be curative for localized disease, but there is no effective treatment for metastatic prostate cancer that increases patient survival.

In humans, the prostate lies immediately below the base of the bladder surrounding the proximal portion of the urethra and consists of canals and follicles lined with columnar epithelial cells and surrounded by a fibromuscular stroma consisting of connective tissue and smooth muscle. The prostate contributes to seminal fluid, where its secretions are important in optimizing conditions for fertilization by enhancing the viability of sperm in both male and female reproductive tracts.

In all mammals, the prostatic secretions are stored in the acini and released into the urethra, at ejaculation, by contraction of the prostatic (stromal) smooth muscle. BPH is a progressive disease that is commonly associated with bothersome lower urinary tract symptoms (LUTS) such as frequent urination, urgency, nocturia, decreased and intermittent force of stream, and the sensation of incomplete bladder emptying.

The term BPH actually refers to a histologic condition, namely the presence of stromal glandular hyperplasia within the prostate gland BPH is a common and progressive clinical disease of ageing men, which may be associated with enlargement of the prostate, bothersome LUTS and bladder outlet obstruction (BOO).

In the large scale Multinational Survey of the Aging Male, = 34% of men in the USA and 29% of European men aged 50–80 years reported moderate to severe LUTS.

At least 300,000 patients with LUTSs are treated annually by physicians in Japan, and this figure is expected to increase in the coming years.

The cost of managing BPH is > $4 billion per year. In benign prostatic hyperplasia (BPH) there will be a sudden impact on overall quality of life of patient. This disease occurs normally at the age of 40 or above and also is associated with sexual dysfunction.

Thus, there is a need of update on current medications of this disease. The presented review provides information on medications available for BPH. Phytotherapies with some improvements in BPH are also included. Relevant articles were identified through a search of the English-language literature indexed on MEDLINE, PUBMED, Sciencedirect and the proceedings of scientific meetings. The search terms were BPH, medications for BPH, drugs for BPH, combination therapies for BPH, Phytotherapies for BPH, Ayurveda and BPH, BPH treatments in Ayurveda.

Specific alpha one adrenoreceptor blockers such as tamsulosin and alfuzosin will remain preferred choice of urologists for symptom relief. Medications with combination therapies are still needs more investigation to establish as preference in initial stage for fast symptom relief reduced prostate growth and obviously reduce need for BPH-related surgery. Due to lack of proper evidence Phytotherapies are not gaining much advantage. MITs and TURP are expensive and are rarely supported by healthcare systems. Learn more updated current medications of benign prostatic hyperplasia (BPH
Posted by Olayinka Oyelami at 12:11 PM No comments:

Experimental studies points towards Milk Protein as a dietary component which may aid prevention of type 2 diabetes (T2DM). 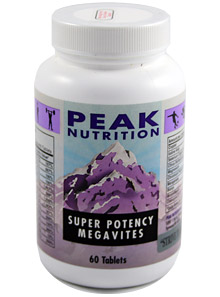 Epidemiological evidence shows that consumption of dairy products is associated with decreased prevalence of metabolic related disorders, whilst evidence from experimental studies points towards dairy protein as a dietary component which may aid prevention of type 2 diabetes (T2DM).

Poor metabolic health is a common characteristic of overweight, obesity and aging, and is the forerunner of T2DM and cardiovascular disease (CVD), and an ever increasing global health issue. Progressive loss of metabolic control is evident from a blunting of carbohydrate, fat and protein metabolism, which is commonly manifested through decreased insulin sensitivity, inadequate glucose and lipid control, accompanied by a pro-inflammatory environment and hypertension.

Adverse physiological changes such as excess visceral adipose tissue deposition and expansion, lipid overspill and infiltration into liver, muscle and other organs, and sarcopaenia or degenerative loss of skeletal muscle mass and function all underpin this adverse profile.

The composition and processing of dairy protein has an impact on digestion, absorption, BCAA kinetics and function, hence the optimisation of dairy protein composition through selection and combination of specific protein components in milk may provide a way to maximize benefits for metabolic health. Click here to learn more...
Posted by Olayinka Oyelami at 11:02 AM No comments: